Life As A Mintern

The intern. The coffee-wielding, photocopying, frazzled student who works long hours with little–to–no pay. You know the type. It’s Anne Hathaway, missing her boyfriend’s birthday to run a menial task for her evil boss. It’s Will Smith, struggling to care for his son while working an unpaid internship at a giant company. Growing up, movies like The Devil Wears Prada and The Pursuit of Happyness prepared us for internships the way our parents prepared us for real life: with horror stories.

But just like body standards, apartment sizes in New York, and the probability of a tornado composed entirely of sharks, terrible internships are another unrealistic expectation that the film industry has given us.

So we’re going to break down a few common tropes and how they’re different at Mint. 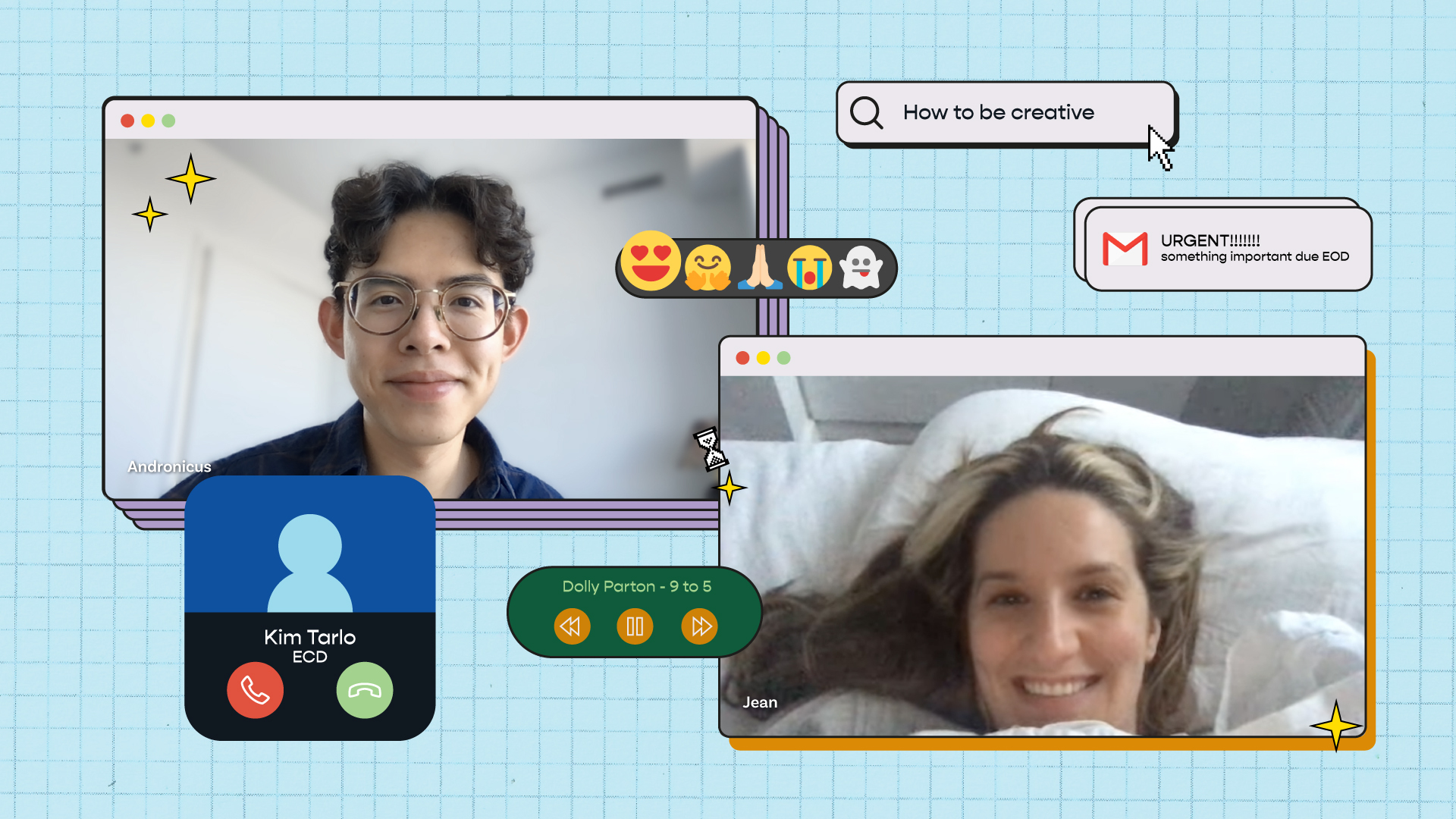 Because dogs are pack animals. So it’s more of a dog help dog world. At Mint, working on a brief sometimes involves every department. From accounts to strategy, everyone puts in their two cents to help the creative process. Nobody is stealing your ideas because everyone is part of your ideas. When work on a recent brand-that-must-not-be-named got too overwhelming, we had a cross-department brainstorm to find the best way to make an execution happen. And not only did we win the pitch, we also got a few endorsements for “teamwork” on our LinkedIns. Ka-ching!

Thanks to a recent ground-breaking Canadian law that deemed interns to be living, breathing humans, most companies are required to offer some kind of salary or stipend. Many agencies have added perks on top of that. For example, Mint doesn’t just help us pay our bills. They also pay our parents’, because we can finally expense our phone bills and get off the family plan. For now.

Regarding the late nights—sure, there might be a few of them. But late nights and client pitches are often followed by periods of relaxation, which generally make all that work worth your while. That, and the legendary Mint office parties.

You don’t need to overwork yourself to get yourself noticed

It’s true that the squeaky wheel gets the grease. But in a time when most of us are still working from home, staying up until midnight overworking yourself isn’t going to get you noticed. Because let’s be honest–we work in a creative milieu. Working yourself too hard will make your ideas worse, not better. What’s actually going to make you stand out is making yourself available when you have the bandwidth so you can give all you can possibly give.

It also helps to work at an agency like Mint that prioritizes a healthy work-life balance. Our Creative Services Manager extraordinaire Gilda is constantly checking in to see if we have too much or not enough work. Because of this, we’ve had the opportunity to pick up work on big clients like Google or Youtube.

We also only book meetings between 10am and 4pm (2pm on Fridays!) so that everyone can focus on getting their best work done. Because let’s be real—do you like receiving Slack messages at midnight? No? Neither does anyone else. 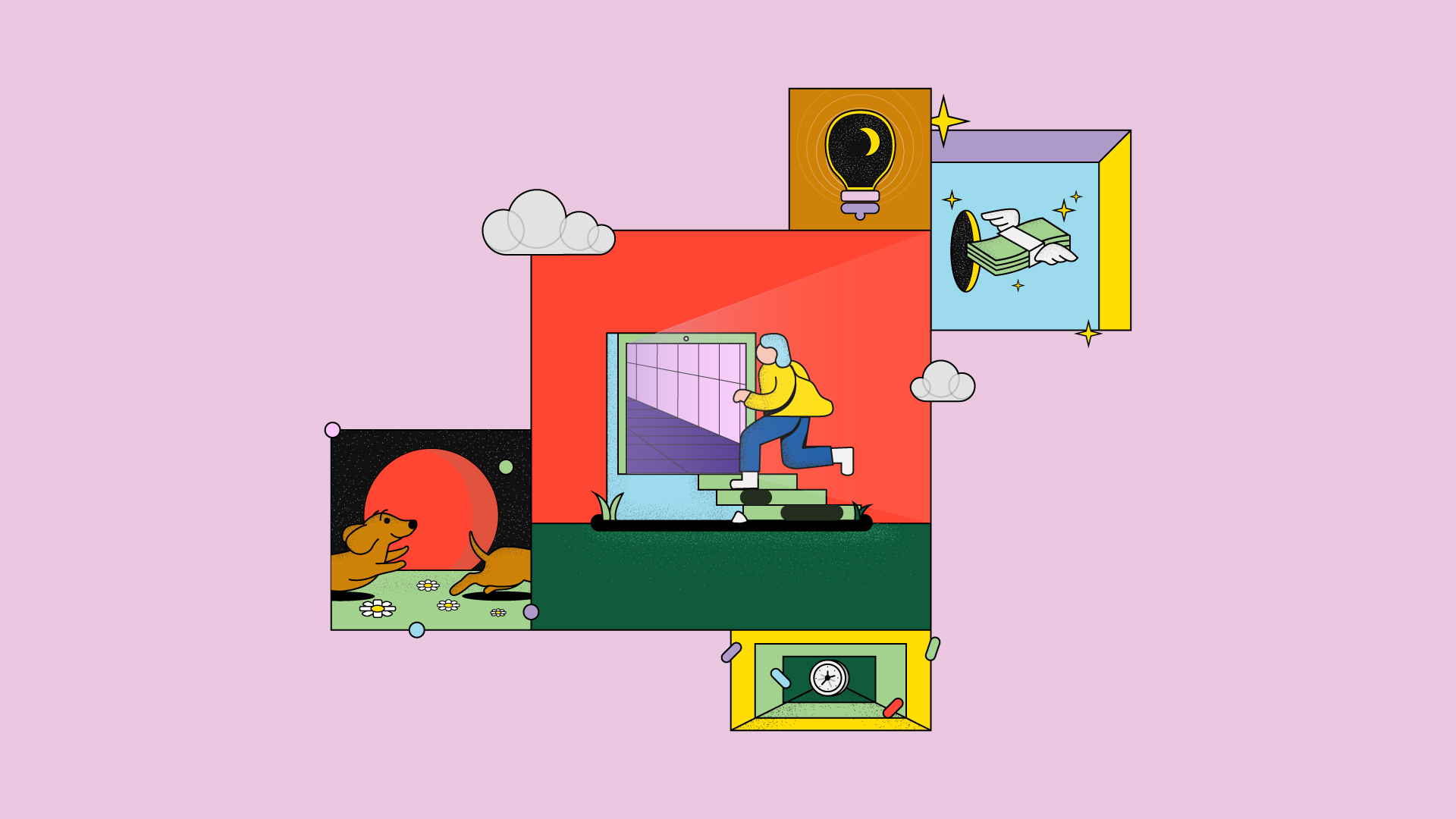 Interns actually do get work produced

As our biopic has yet to be produced, this one maybe isn’t in the movies. But we felt the need to add this point anyway.

Plenty of your ideas are going to die on the editing room floor, but this isn’t necessarily a bad thing. Because while not all of your projects will add to your portfolio, all of them will add to your experience. Budget constraints? You learned the reality of production. Difficult director? One less person to work with in the future. Shoot cancelled the night before? That’s a day off!

And while you may not be getting the giant briefs, working on briefs with smaller budgets can actually push your creativity. It may not win a Cannes (then again, maybe it will), but it will teach you to be crafty and cut corners. Besides, cutting corners doesn’t always have to be a bad thing—octagons sometimes look cooler than squares.

Your mentors won’t ask you to fetch them coffee*

The only thing expected of you as an intern is that you’re a hard worker and you’re hungry to learn. One of the greatest benefits of working at a smaller, independent agency means there are fewer rungs in the company ladder between you and the top dogs. At Mint, we have the added benefit of creative office hours, time every day where anyone can drop in to get feedback from our ECD, Kim. Beyond that, the senior leadership is always happy to jump on a call (Google Cal-dependent).

And it’s not just feedback on agency work that they’re happy to provide. Mint is filled with people who have different backgrounds and experience, with networks that are happily tapped into. When an intern, let’s call her Joan, wanted to move to Paris to pursue my—I mean her—dreams, she was met with encouragement and provided with plenty of contacts to reach out to.

Overall, internships aren’t just beneficial to you—they’re beneficial to the company. From Account Directors to the Senior Copywriters, many of Mint’s top talents started as interns and gradually climbed the ranks. Sure, promotions come from hard work. But they also come from genuine enjoyment and self-fulfilment. So in conclusion, life isn’t always like the movies. But as an intern, that’s a good thing.

*At editing time, Kim has expressed disappointment that we have never fetched her coffee.

What Our First Gigs Taught Us

FRESHLY MINTED: Micro trends you should know about this November

FRESHLY MINTED: October trends you should know about